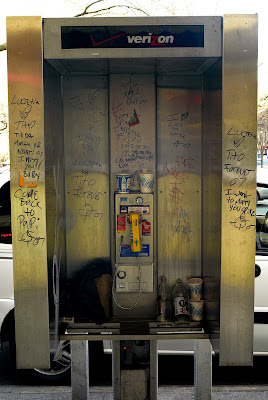 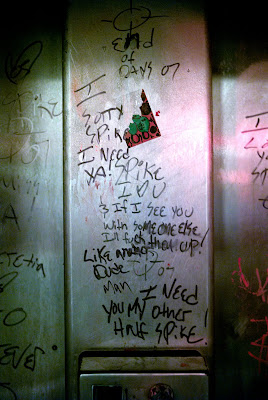 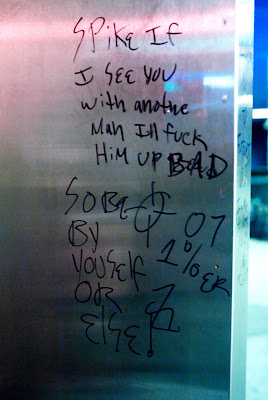 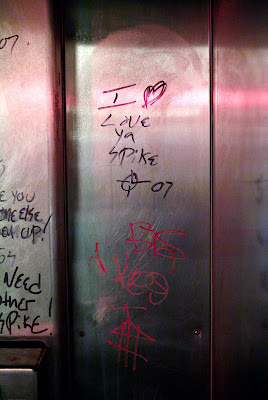 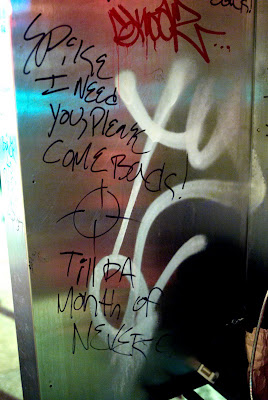 This phone booth that is used variously as place to hide your beer when the cops walk by , a pissoir or a place to make a phone call for drugs was used yesterday by Outlaw ( Tito ) as a message board for his plaint to Spike ( Lucretia ) of his love for her .
Last summer Outlaw was sent to Riker's Island for three months for writing " I love you Spike " on the mens room wall in Tompkins Square Park . 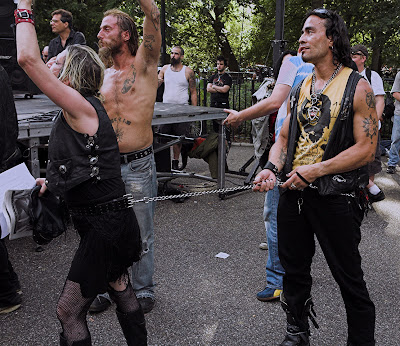 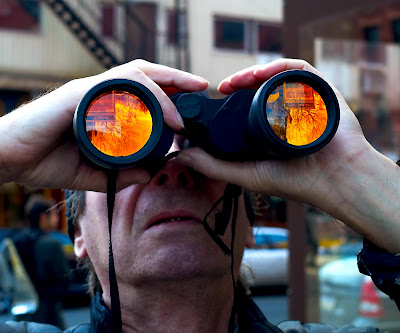