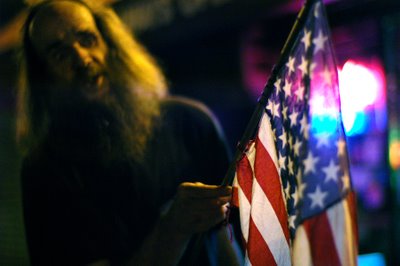 Lawrence , a regular long-time member of avenue A society , has not been seen for a while on avenue A . 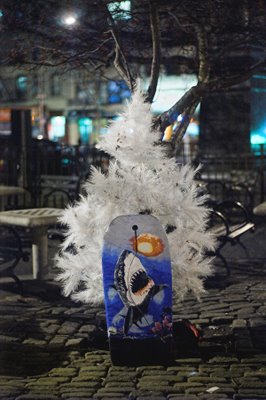 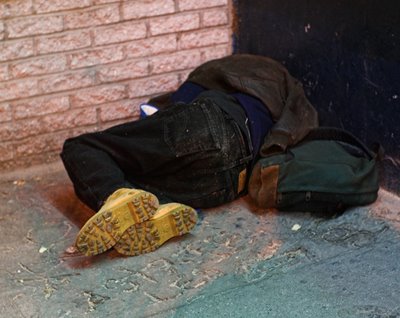 Mosaic Man , Bernie Goetz and Friends Do Some Urban Renewal 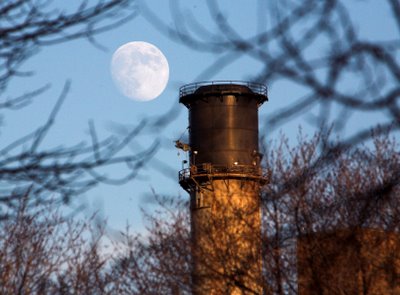 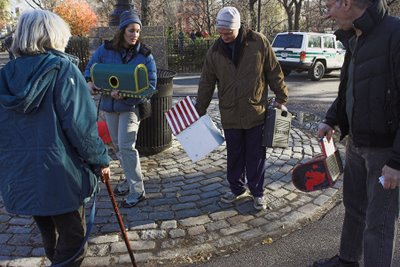 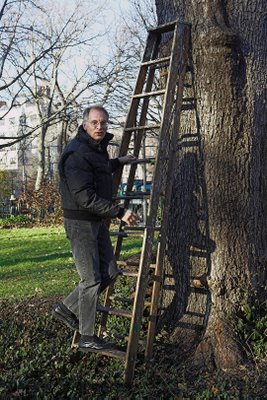 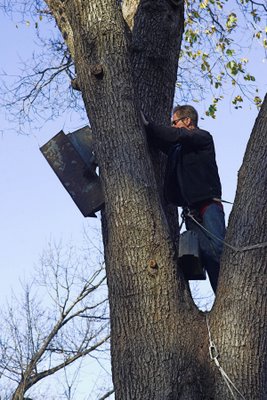 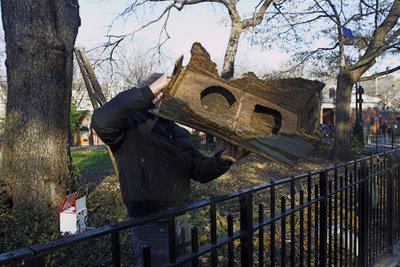 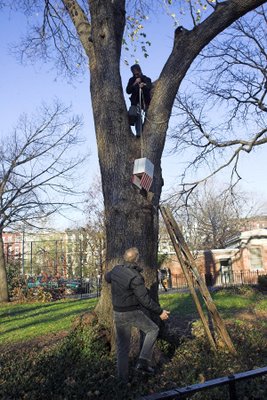 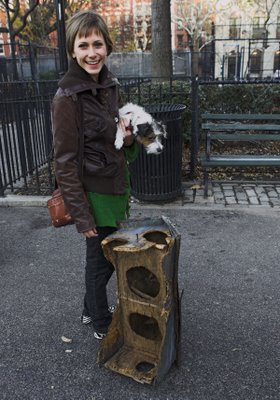 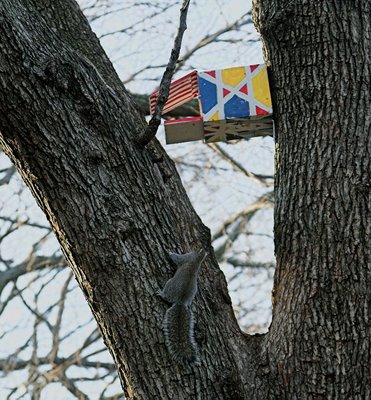 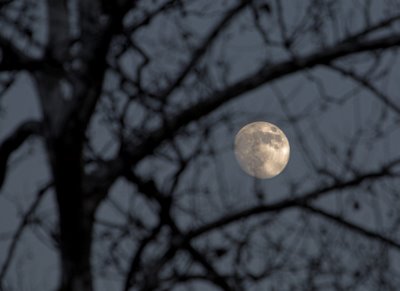 On a bright but chilly December afternoon with a low winter sun in the sky and a nearly full and waxing moon rising over the Con Edison smoke stacks , five good souls made their way to Tompkins Square Park to effect a good deed : complete a small urban renewal project for some lucky fuzzy little furballs with bushy tails . Jim " Mosaic Man " Power , Carol Vansant and her husband , squirrel lover Bernie Goetz and tree climber Joe Yorge made their way on this afternoon into the park with ladder , tools and 3 new squirrel houses in hand.

With no building permits , architectural plans , zoning exhibits or inspections to complicate matters ; 3 self-certified , designed and pre-fabricated squirrel houses were installed in 3 trees in no more than 3 hours .

The biggest part of the 3 squirrel house project involved the replacement of an aged and dilapidated squirrel house in a large elm tree with many resident squirrels . Joe and Bernie climbed the tree and first removed the existing eyesore of a house before installing in its place its much more colorful and modern replacement . Later in the afternoon the old squirrel-gnawed house , at least what was left of it , was picked -up by an East Villager who had in mind a project of some sort to use and recycle the old house .

As the afternoon went on , several curious but cautious future tenants inspected the new residence in their tree . Certainly later after familiarizing themselves with their new home and spending some time placing some leaves and bits of paper in it for bedding , 3 or 4 squirrely residents will be able to cuddle -up , all warm and cozy , as they look out their door at the cold and nearly full winter moon .