Mosaic Man back in Town 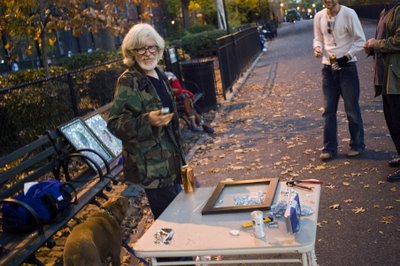 Today Jim was in Tompkins Square Park working at a small table making mosaics . He and Jesse Jane had been in Scranton Pa. staying at a friends house relaxing.

He has returned to among other things get www.eastvillage.com up and running in a new format with more of everything . He has discovered though that he has usurpers and pretenders to his pride of place as the one and only original East Village web site .He claims that they are using some of his material ,that he is raging mad and that " it's going to be be World War III , IIII and V all over the place" .

Kid C Back in Town 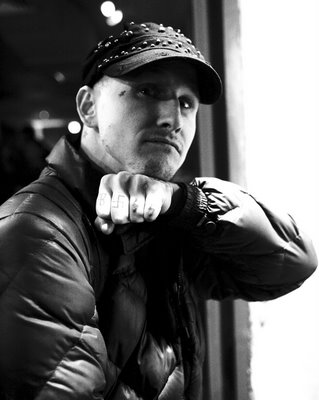 Kid C is back in town after spending 4 years up-state . I ran into him at Ray's Candystore the other night but for this return there was no reunion as was reported in a previous post , "Reunion at Ray's" . There wasn't anyone at Ray's but me that knew him.