Elwood and Jim in a Simpler Time 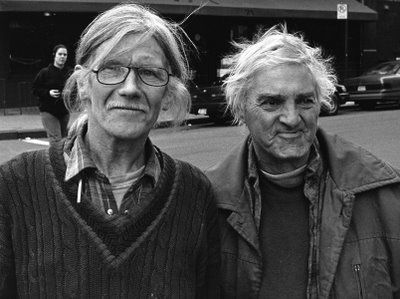 It was simpler because it was easier to survive ...easier to have enough to eat and easier to have a place to live . Those who were different , those who were the true individuals could afford to be themselves . That's not the way it is now ....and it's a loss for us all . 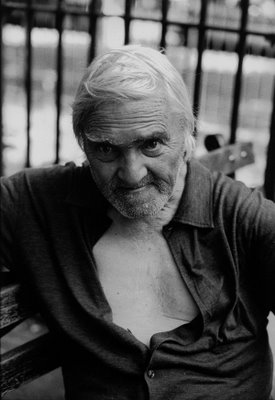 The last time that I had talked to Elwood he had just been told that he needed to go to the hospital for an operation .I knew then that he had a heart problem and needed a pacemaker . He was terrified of the hospital as many are fearing that if he went there he would die there . I do not know whether he ever went to the hospital . I did not see Elwood again after that last conversation . Recently I learned that he had passed away about a year ago . Elwood was a regular part of Tompkins Square Park for many years . No matter where he lived in the city he always spent a great part of his time with freinds in Tompkins Square Park . 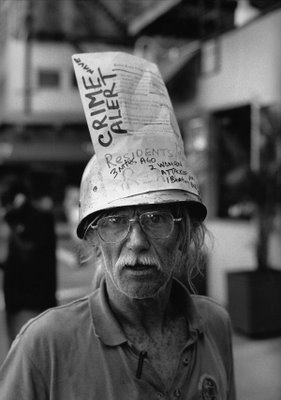 Back a few years ago Jim walked about in the streets of the East Village announcing that crimes had occured . He wore a helmet and posted a sign for all to see . Indeed crimes had been committed and they were heinous crimes . But of all the people in the East Village only Jim cried out .