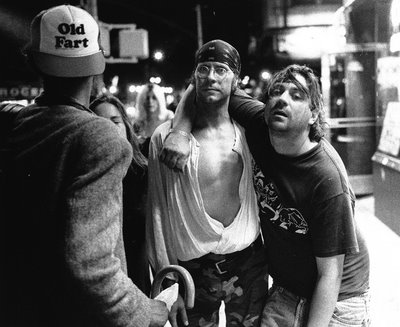 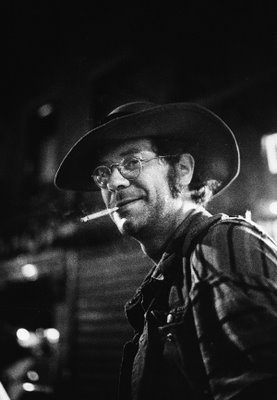 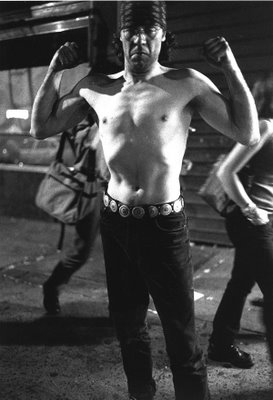 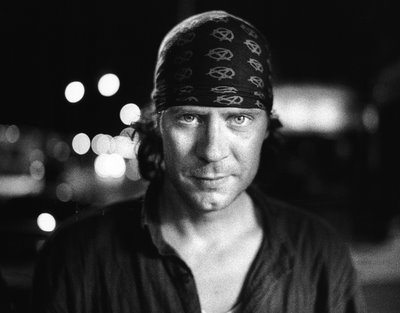 The pictures above from the last ten years 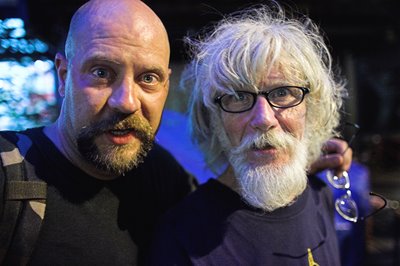 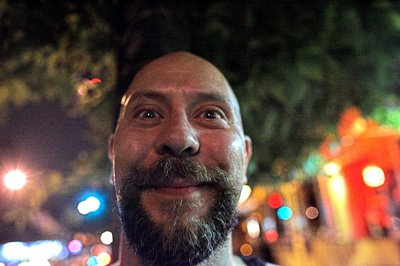 Bobby clowning for the camera . The last picture that I took of him ,18 August 2006

Last night the friends of Robert Gurtler ,otherwise known as Bobby Apocalypse, attended a memorial at the Collective Unconscious performance space in downtown Manhattan . Many from the Tompkins Square Park crowd were in attendance . Bobby had many friends from the park and surrounding community .

Bobby died last week after several days on life support at Beth Israel Hospital. Bobby succumbed to an overdose of heroin which it has been suggested had been laced with fentanyl . Bobby died of a reckless act and bad luck .

Romanticised by many as a misunderstood ,creative and unfairly abused rogue hero , Bobby Apocalypse could be seen as something of a latter-day Francois Villon , The 15th century Parisian bad- boy poet played by John Barrymore and popularized in the 1927 movie "The Beloved Rogue " .Though they lived lives distant in time , place and circumstance ,Villon and Bobby shared some fundementals .Both Villon and Bobby were , loveable or otherwise , rogues . Both Villon and Bobby had killed a man in a knife fight and both were in the end judged to have been justified in their deadly deed and thus set free . Both Villon and Bobby were poets having each written a testament ,Villon his "Le Gran Testament" and Bobby his " Black Dog" prison testament which was written in the form of several electronic epistles from Ogdensburg prison . Bobby's prison writings can be read at http://www.theblackdog.net/bob.htm .

Bobby had a wife a long time ago . More recently he had a friend in Ireland that visited him here often and that had loved him dearly for a long time . I must apologize to her because I can no longer remember her name .

His friends were loyal and his enemies bitter . When Bobby had money , his friends had money . He had a good paying job as sound man much of the time but wasn't opposed to a scam ,theft or hustle ,even of his friends , when he was unemployed . When times were good it was drugs ,booze and women for all of Bobby's friends . I remember one night when Bobby showed me $1200 which he had come by in some way other than working and I also remember seeing him the next morning flat broke , all $1200 gone having been spent on drugs ,booze and whores. Bobby and his friends had had a good time indeed . At other times his thieving and scamming ways earned him several real enemies . Bobby , over time developed a long record of petty convictions and jail time leading finally to his most recent 3 year to 7 year incarceration in the state prison at Ogdensburg for a drug purchase . He claimed that he was set up by the police .

This record followed Bobby and was a growing problem for him in getting jobs . During his 35th year Bobby tried to enlist in the military . He was sworn in but after a few hours an officer called him into his office and confronted Bobby with his past criminal record ,which of course Bobby had not reported , and informed him that the service could not accept him .Bobby was shortly discharged having served one whole day in the service , one of the shortest military enlistments ever served .

Kim ,one of Bobby's oldest but now disaffected friends because Bobby robbed him while he was out on work release a year or so ago of the one thing of any value that Kim owned , a rare pewter coin . Kim put it this way when defining Bobby's life " Bobby went through life as a moth to a flame ". 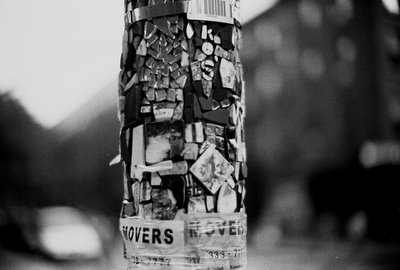 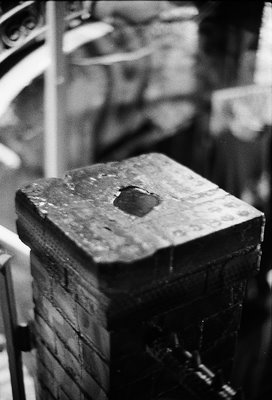