The Difference a Day Makes 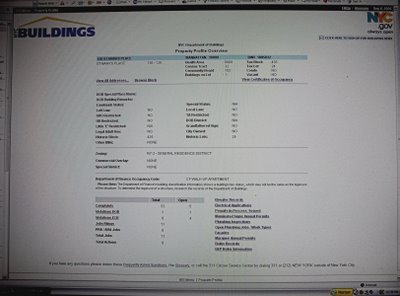 Given Mr. Shaoul's publicly documented past and the history of this project , many in the community are quite concerned about what will happen next at 120 St. Marks Place .

Not only the community is concerned . This project and Mr. Shaoul have gotten the attention of the Borough President Scott Stringer's office and Council person Mendez's office , both of which offices have made a considerable effort to make 120 St Marks Place a safe , sound and lawful project . This attention is in addittion to the attention paid to the project by the Department of Buildings and the Borough Commisioner himself . This attention from the DOB has produced some results : the rotten interior frame is gone , the severely damaged and weakened rear wall is gone and the original self-certified plans have been audited and found deficient .

Our concern with this project is of course public safety and its dependence on DOB supervision and enforcement .We are also concerned with the problems associated with the practice of self-certification by architects , which practice has been in the news much of late ( search the architect Scarano in the N.Y. Times for instance ) . 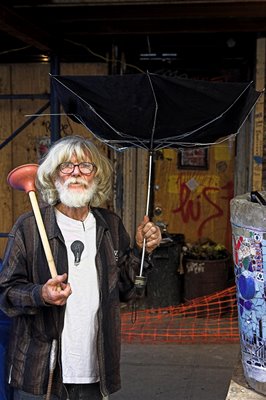 Yes , Jim and Jesse Jane are heading west ...to a basement in Jersey . I know that for some of you that probably evokes any number and manner of nightmares but for Jim and Jesse it's far better than continuing to live on the street .There they will be with good longtime freinds and Jim will have a place to work and some privacy and Jesse can run in a yard any time she wants . They will of course come back to visit frequently

A Stop Work Order that Stops Nothing -3 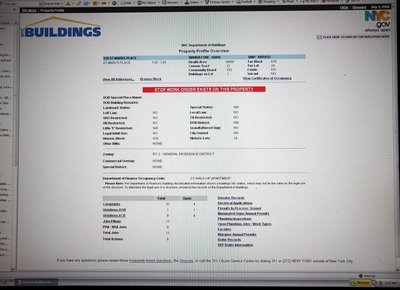 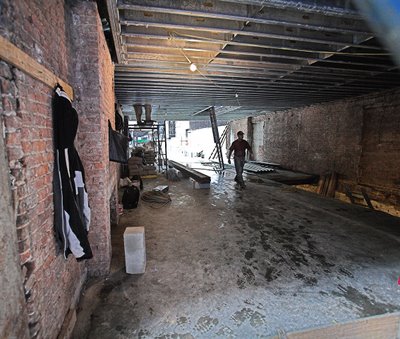 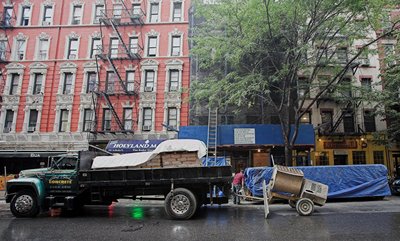 Again the Shaoul team does not respect a stop work order imposed by the NYC Dept of Buildings. This stop work order has been in effect for several weeks but it has not stopped any work (see previous posts ) .

You can check the history of this project for yourself at the following :


Or you can go to : www.nyc.gov and under agencies select the building department , then select Manhattan as the borough and type in 120 for st. number and type in St. Marks Place for street ,then submit .

Please notice on the history or building profile for this building all of the previous stop work orders . 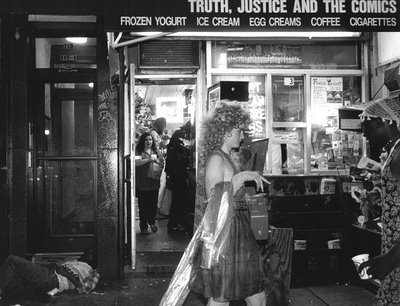 Above: Ray's Candystore 11 years ago. Below: Ray's last night 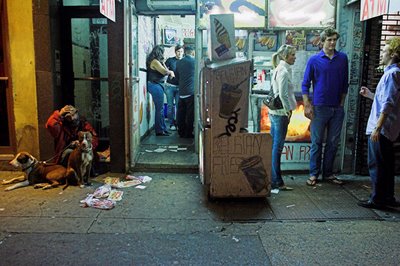 But for the flip-flops , Belgian Fries , a lack of newspapers and magazines and a much larger monthly rent , Ray's is still Ray's ; still at 113 Avenue A and still the anchor of the neighborhood .