Midsummer moonlight and a large dog 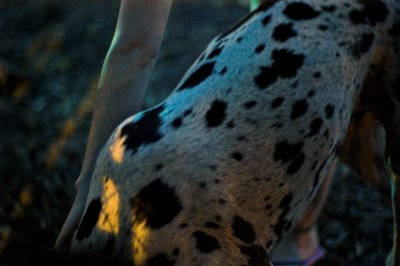 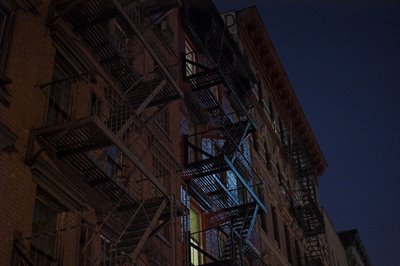 Just two midsummer night pictures ;one of a large spotted dog and the other of light from a full moon reflecting from the facade of a recently painted brick building . 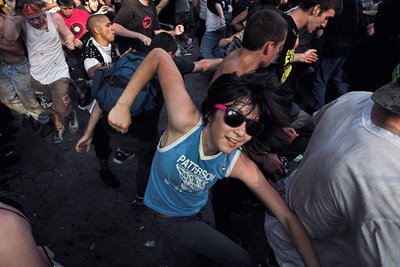 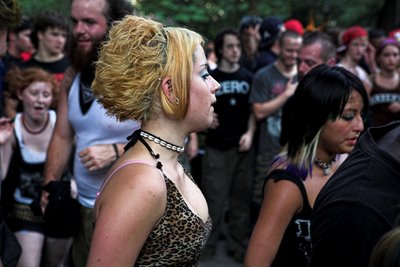 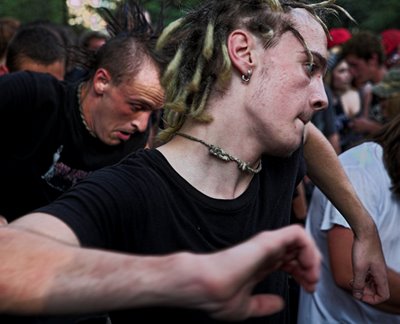 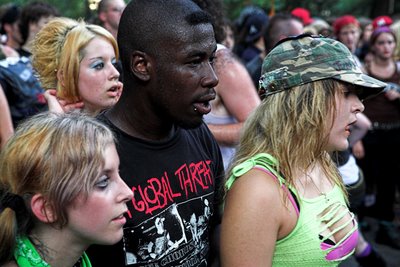 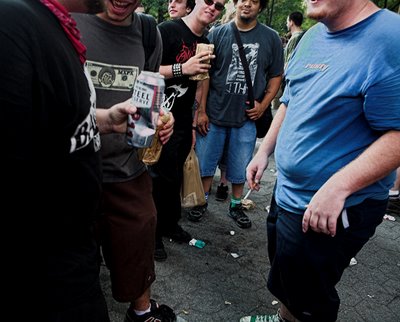 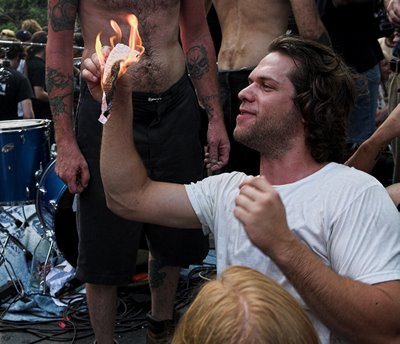 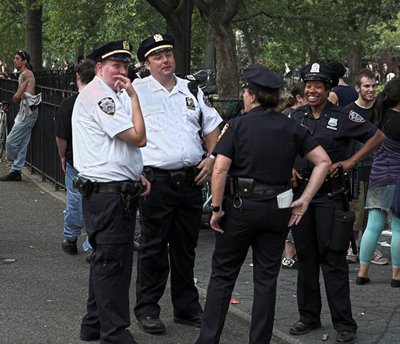 Sunday afternoon the 18th anniversary concert of the 1988 Tompkins Square Park riot was held in TSP with lots of people in attendance and lots of beer consummed . It was one hell-of -an- afternoon party . The perennial favorite "Leftover Krack" closed the party with a ceremonial burning of all the summonses for beer drinking issued by the police during the concert. 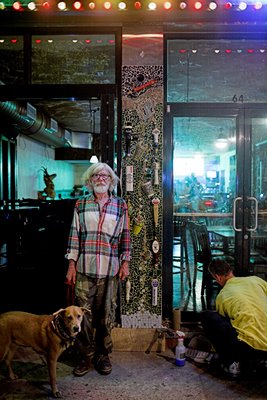 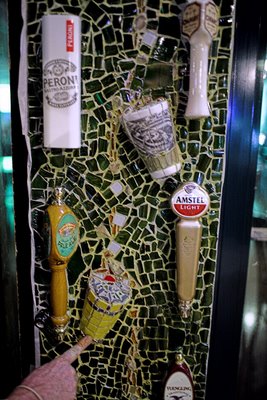 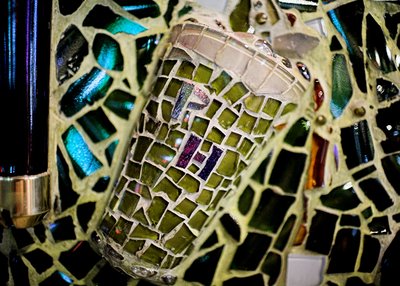 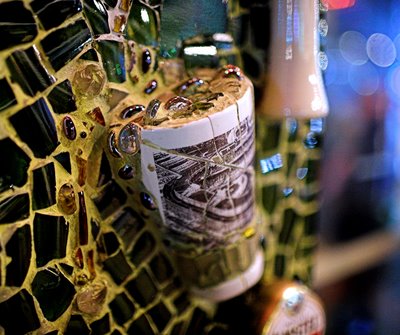 Friday night I met Jim and Jesse Jane at the "Village Pour House " for the partial opening of the bar/restaurant and the first public viewing of the first of a series of mosaics that he is creating for that establishment . Many that walked by the bar/restaurant and noticed the mosaic were compelled on seeing it to walk over to it and touch the mosaic 's surface . Though this first of the series is not quite finished it is already, in it's unfinished state, quite beautiful and compelling ,manifesting evidence of a thoroughly and masterfully developed mosaic technique. The " Village Pour House " is located at 3rd avenue and 11th street and will soon be fully open to the public .

I must commend the proprietors of the Village Pour House for their choice of Jim's mosaics as a major part of the establishment's ornament . I'm not certain about the total number and kind of mosaics that Jim has been commissioned to create but there will definitely be at least 3 more on the exterior of the bar/restaurant .I must also commend the proprietors for the general assistance ,good will and good quarters that they have afforded Jim and Jesse Jane for the last few weeks . 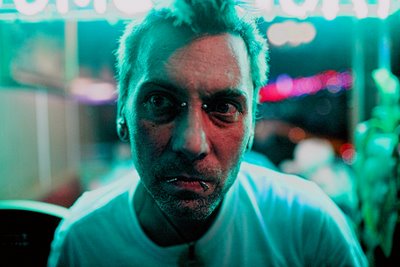 Once all my pictures were Black and White. 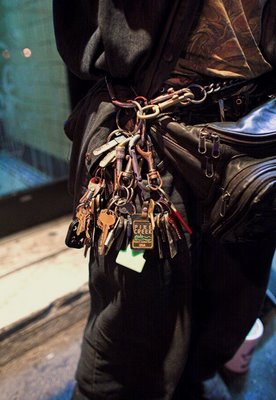 How many doors can there be in Stanley's world ?